Height: Measure the height of each window or door (sash) and order the shutters in the same heights (do not include the frame of the window or door in your measurements). Height of shutters are from the lowest to the highest part of the panel. 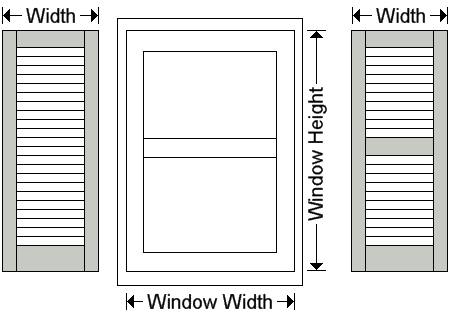 Arched Top: Use the same instruction as for rectangular shutters. The shutter height ordered is the full height of the shutter panel including the arch. 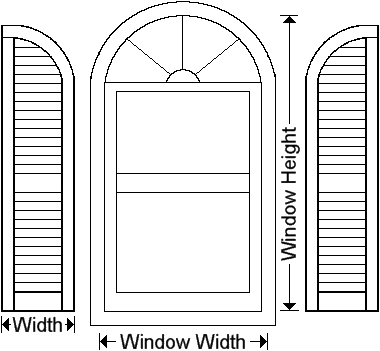