Height: Measure the height of each window or door (sash) and order the shutters in the same heights (do not include the frame of the window or door in your measurements). 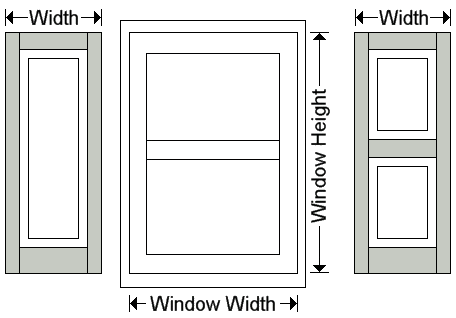